The Marquesas Collection at the Hawaiian Mission Children's Society Library

In June 1853 two ordained Hawaiian ministers, Rev. James K. Kekela and Rev. Samuel Kauwealoha, and their wives, and two deacons and their wives were chosen by the Hawaiian Missionary Board to sail on the English brigantine, Royalist, for the Marquesas Islands located 2,300 miles to the southeast. Accompanied by New England missionary Benjamin Parker of Kaneohe Mission Station, these native couples were the first of 14 Hawaiian families to serve as missionaries in the Marquesas, 1853 - 1909. Supported entirely by the Hawaiian churches and the Hawaiian Evangelical Society, the deputation of native Hawaiian missionaries was predicted to succeed where non-Polynesian missionaries had failed. Although support was strong at first, it diminished over time, and in 1909, with no hope of fresh reinforcements, the last of the surviving Hawaiian missionaries yielded their efforts to French Protestants from Tahiti.

The Marquesas Collection, 1831-1834, 1853-1918, consists of 2.5 linear feet of manuscript material, including personal letters, formal reports of general meetings, and mission station reports. Letters by native Hawaiian missionaries to the Hawaiian Evangelical Association in Honolulu are in the Hawaiian language. A portion of these letters were translated into English in the 1930s by Rev. Henry Pratt Judd, a member of the Hawaiian Board of Missions and the grandson of American Protestant missionary, Gerrit P. Judd. microfilm copies of the e translation can be found at PMB 1171.

Also included in this collection is one folder of documents pertaining to an earlier mission to the Washington Islands (Marquesas), 1831-1834. A preliminary visit to explore the island was made by Messrs. Whitney, Tinker, and Alexander of the Sandwich Islands Mission in 1832. A favorable report led to the departure in July 1833 of American Protestant missionaries Richard Armstrong, W.P. Alexander, and Benjamin W. Parker and their wives to establish a mission in the Marquesas. Their labors proved unsuccessful, however, and the mission was aborted. They returned to the Sandwich Islands the following year to resume their missionary work. 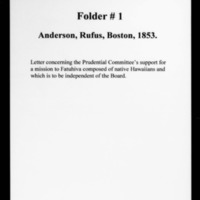 Anderson, Rufus, Boston. Letter concerning the Prudential Committee’s support for a mission to Fatuhiva composed of native Hawaiians and which is to be independent of the Board. 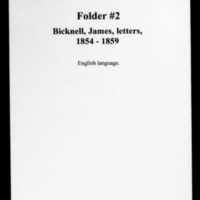 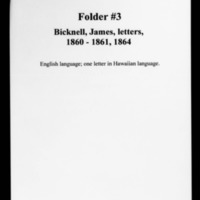 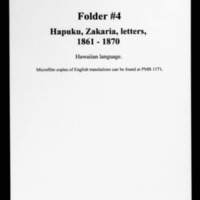 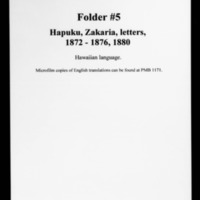 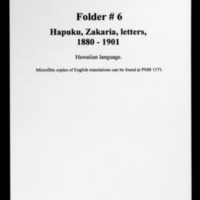 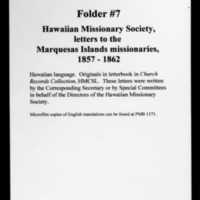 Hawaiian Missionary Society, letters to the Marquesas Islands missionaries. Hawaiian language. Originals in letterbook in Church Records Collection, HMCSL. These letters were written by the Corresponding Secretary or by Special Committees in behalf… 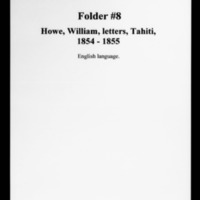 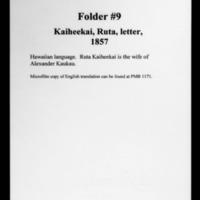 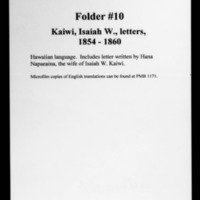