Charlotte Baldwin came to the islands of Hawaiʻi with her husband of six months in the fourth company of missionaries sent by the American Board of Commissioners for Foreign Missions, the ABCFM. She was a well-educated woman who had dedicated herself to religion at the age of sixteen. As a very young woman she supported herself by teaching young New Englanders in her native Connecticut. In 1830, at the time of their sailing for the islands aboard the bark New England, Charlotte was twenty-five, her husband, Dwight Baldwin, a medical doctor who also held a degree from Andover Theological Seminary, thirty-two. They had married within a week of meeting, as Mr. Baldwin had been accepted to go with the fourth company but the ABCFM insisted he be married.

Charlotte’s new life took her from Honolulu to Waimea on Hawaiʻi island, to Lahaina on Maui, where she spent thirty-five years. She held classes in each of those mission stations, teaching sewing, singing, knitting and bible studies, for classes of women. She raised a family of six children and schooled them at home. This filled her days while her husband was doctor to the mission and Native Hawaiians, a task that often required him to be gone for days and weeks at a time. The Baldwins brought to the islands a library of 125 books, including medical, history and science texts, which aided them in their work and in the children’s education.

Apart from one return trip with her family to New England, Charlotte spent the rest of her life in Hawaiʻi.
In time, the Baldwins moved to Honolulu to live with their daughter Abigail and her husband William Alexander. There, Charlotte continued her missionary work until her death in 1873. Charlotte is still remembered for her open hospitality toward friends and colleagues traveling between the outer islands and Honolulu. The Baldwin family home which consists of two stories, built of plastered coral blocks two-foot thick, is now a museum which can be visited in Lahaina, Maui. Her descendants continue to contribute to Hawaiian society. 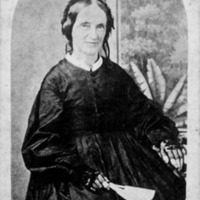