Anna Rice Cooke founded the wonderful Honolulu Museum of Art. The youngest child of missionaries William and Mary Sophia Rice, she lived a simple life as a child but later traveled, with her mother, brother-in-law and his children, to Germany. Here she visited art museums which began her life-long love of art.

Anna Rice married Charles Montague Cooke in 1874. The Cookes built a life in Honolulu’s center, first living with his parents at the frame house which you see across the street from this cemetery, then on Beretania Street, at the current site of the Honolulu Museum of Art. Mr. Cooke was a founder of the Bank of Hawaii, and served as a trustee for the Bishop Estate. They created the Cooke Foundation which continues today to serve the community through art, humanities, and educational grants.

When her husband died, Anna traveled to Asia and Canada with her daughter, and as they traveled they collected paintings, drawings, sculpture, porcelain and textiles. She enjoyed displaying her treasures at home, but eventually decided that the best thing she could do with all of these things was to create a museum so everyone could enjoy them. In 1920 she moved from Beretania Street to Makiki Heights, and her house was torn down and the museum was built on the site.

Central to the museum idea was her philosophy that art was for everyone, and specifically everyone in Hawaii. She wanted Hawaiian architecture for the building, and followed a plan of displaying only some of the work at any given time in order to create a harmony between display spaces and the pieces themselves. When the building was finished and displays created, she invited schools to visit, and if that were impossible, she took photo reproductions of pieces, and sometimes the pieces themselves, to rural schools. She was the first woman in Hawaii to obtain a driver’s license, in order to accomplish these visits. Because she felt so strongly about the place of art in education, she called the museum The Honolulu Academy of Art, so that its role in the lives of the people would not be forgotten. The name of the institution was changed in 2012. 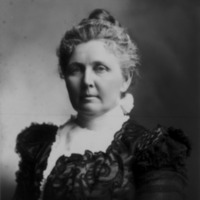